Who Has the Most Accurate IP Geolocation Data?

by
The Team at MaxMind 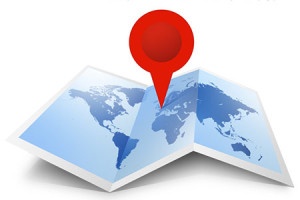 When it comes to choosing between the multiple IP geolocation data providers out there, our customers have told us they are most interested in one thing – accuracy. The question is, who provides the most accurate data?

Many IP geolocation data providers, MaxMind included, make available statistics on the accuracy of their own data . Others hire auditors to certify their procedures for calculating accuracy. While this is all helpful information, it doesn’t help you choose between companies since each company’s testing methods and data are different.

There have been a few independent analyses comparing data providers, but one from 2011 stands out in that it was able to compare many popular IP geolocation databases against known IP-location pairs from end users of a French ISP. Previous analyses had only compared databases against each other and had not included comparisons with known IP-location pairs.

An Independent Comparison of Free and Commercial IP Geolocation Databases

In 2011, the Cooperative Association for Internet Data Analysis released a report comparing several free and commercial IP geolocation databases head to head . Many, though not all, of the most popular IP geolocation providers participated.

MaxMind’s GeoIP City database, which is optimized for locating end-users, was by far the most accurate in geolocating the French DSL users, accurately geolocating 70% of addresses within 10km of the ground truth.

While MaxMind is proud of this performance, the study is several years old now. The good news is that we’re always making improvements to our geolocation algorithms, and we have increased our postal code coverage and accuracy.

How to Access MaxMind’s Most Accurate IP Geolocation Data

Check out our most accurate IP geolocation data in the GeoIP2 Precision Web Services .The GeoIP2 Precision Services contain our most accurate data, geolocating 7% more IPs to postal codes and 3% more IPs to cities in the United States than the GeoIP2 Databases. In addition, both the City and Insights services identify the organization associated with a business IP address in 10% more instances.